It all started with mathematics – rigorous thinking, science, technology. Today’s world is maths‑driven. Despite recent advances in deep learning, the way mathematics is done today is still much the same as it was 100 years ago. Isn’t it time for a change?

Mathematics is at the core of science and technology. However the growing amount of mathematical research makes it impossible for non‑experts to fully use the developments made in pure mathematics. Research has become more complicated and more interdependent.
Moreover it is often impossible to verify correctness for non‑experts – knowledge is accepted as knowledge by a small group of experts (e.g. the problem with accepting Mochizuki’s proof of abc‑conjecture – it is not understandable for other experts).

Fig. 1: The graph on the left shows the growing number of submissions to arXiv – an Internet repository for scientific research. In 2012, mathematics accounted for approx. 20,000 submissions annually.

To address the issue mentioned above, researchers try to automate or semi‑automate:

This domain of science is called automatic theorem proving and is a part of automated reasoning. The current approach to automation is:

The downside to this approach is that it is a purely manual work and quite a tedious process! One has to fill in the gaps as the human way of writing mathematics is different than what Coq/Mizar accepts. Moreover mathematical work is based on previous works. One needs to lay down foundations each time at least to some extent (but have a look at e.g. Mizar Math Library).
Once in Coq/Mizar, there is a growing number of methods to prove new theorems:

Here we concentrate on the last method of automated reasoning. Firstly, in order to use the power of machine learning and deep learning, one needs more data. Moreover to keep up with current mathematical research we need to translate LaTeX into Coq/Mizar much faster.

We need to automate translation of human‑written mathematical works in LaTeX to Coq/Mizar. We view it as an NLP problem of creating a dictionary between two languages. How can we build such a dictionary? We could build upon existing syntactic parsers (e.g. TensorFlow’s SyntaxNet) and enhance them with Types and variables, which we explain in an example:
Consider the sentence “Let $G$ be a group” . Then “G” is a variable of Type “group”.
Once we have such a dictionary with at least some basic accuracy we can use it to translate LaTeX into Coq/Mizar sentence by sentence. Nevertheless we still need a good source of mathematics! Here is what we propose in the DeepAlgebra program:
Algebraic geometry is one of the pillars of modern mathematical research, which is rapidly developing and has a solid foundation (Grothendieck’s EGA/SGA, The Stacks Project). It is “abstract” hence easier to verify for computers than analytical parts of mathematics.
The Stacks Project is an open multi‑collaboration on foundations of algebraic geometry starting from scratch (category theory and algebra) up to the current research. It has a well‑organized structure (an easy‑to‑manage dependency graph) and is verified thoroughly for correctness.
The Stacks Project now consists of:

Moreover it has an API to query!

Below we present a few screenshots. 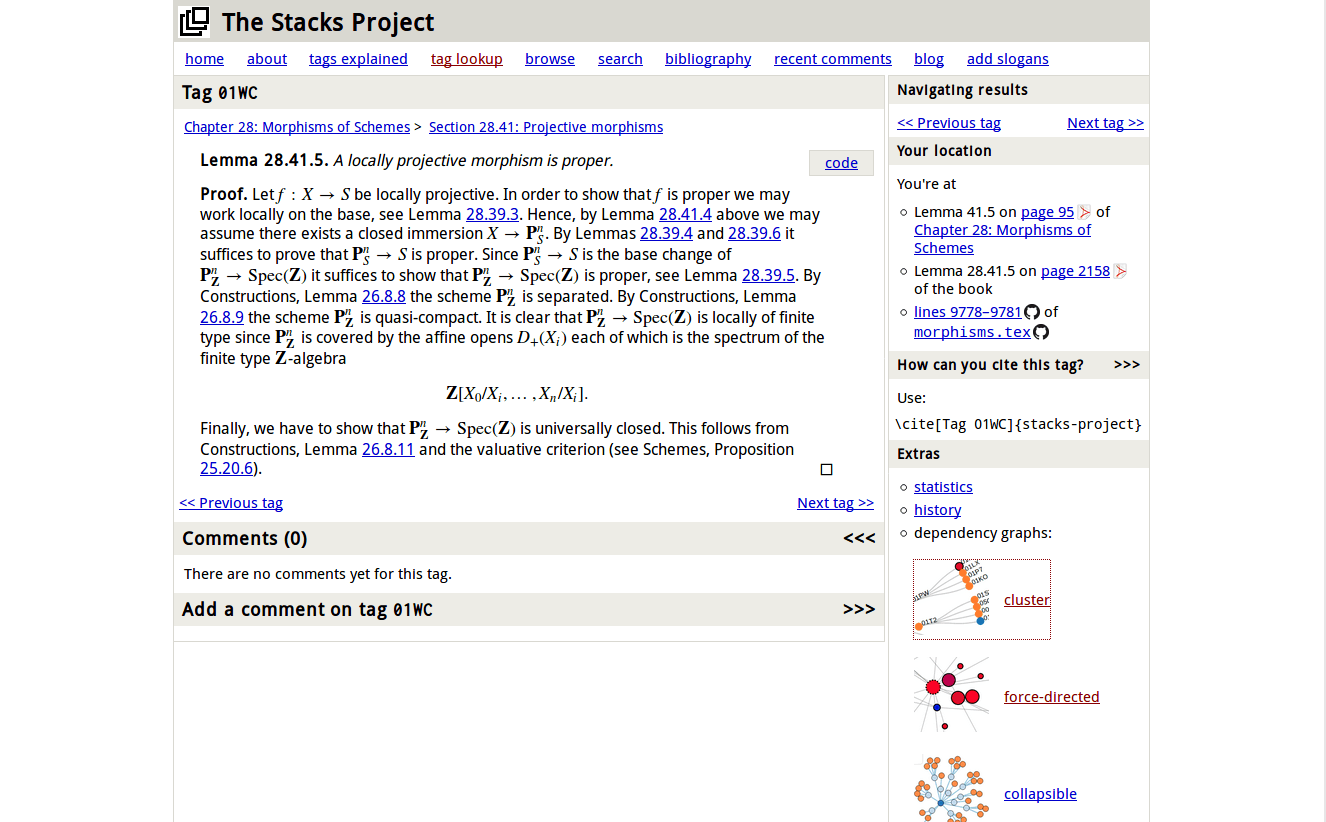 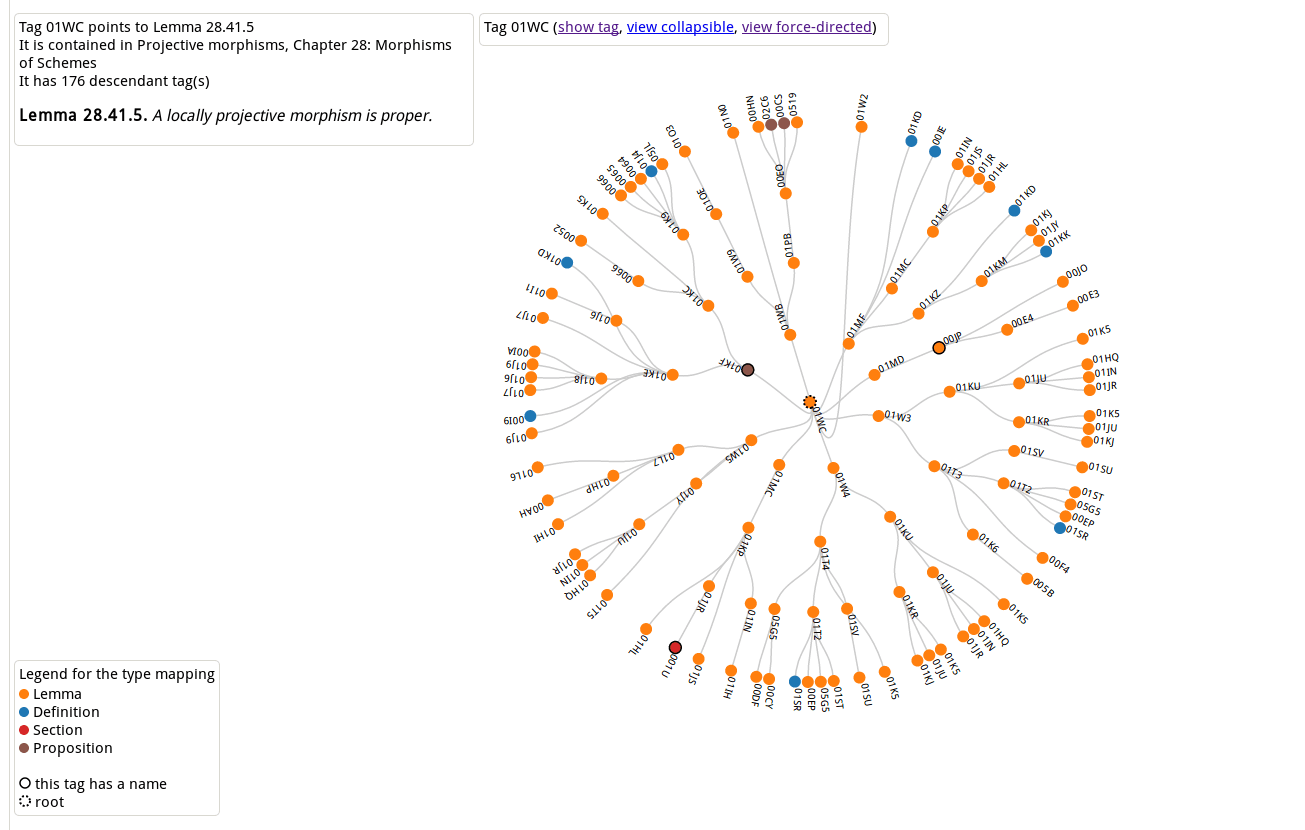 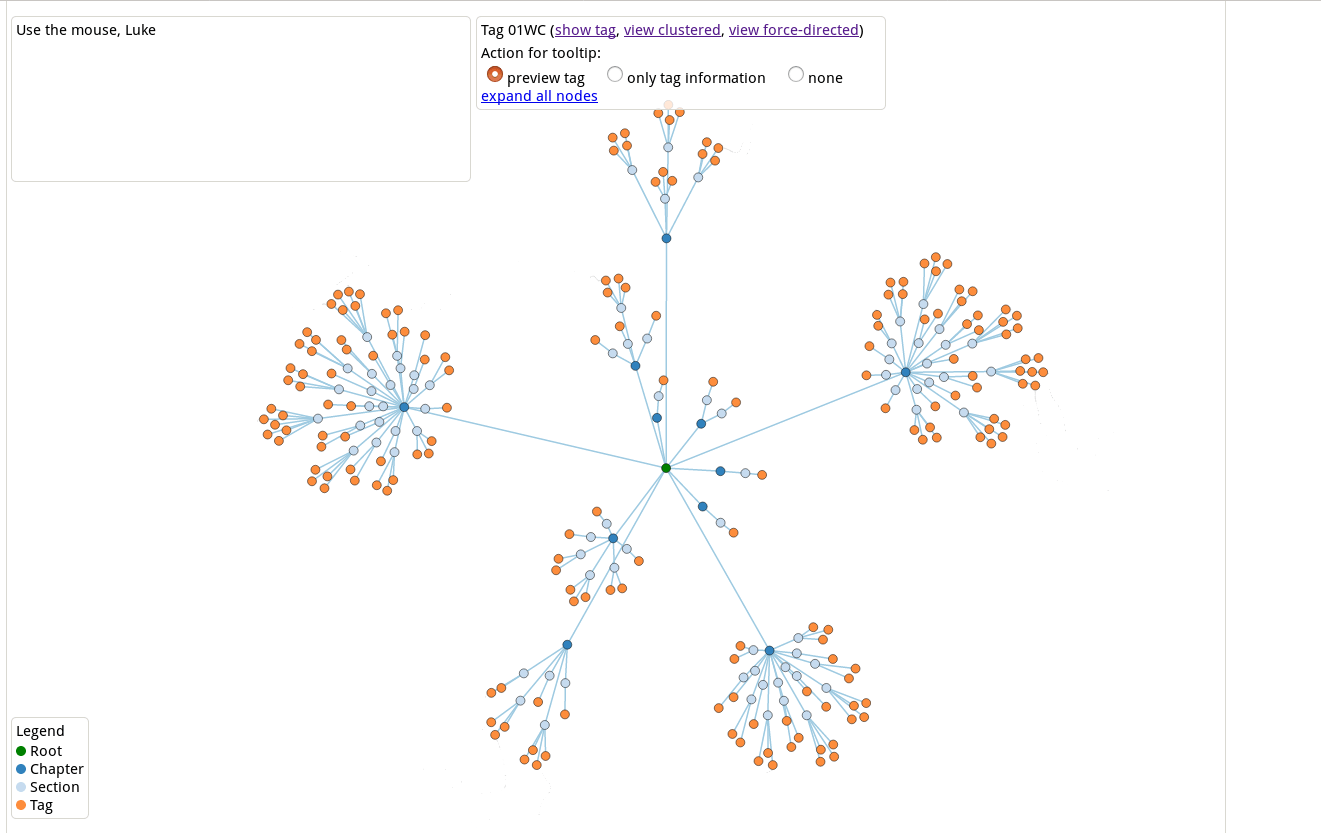 Figs. 3 and 4: Two dependency graphs for Lemma 01WC, which show the structure of the proof together with all the lemmas, propositions and definitions which were used along the way.

Summing up, we propose to treat the Stacks Project as a source of data for NLP research and eventual translation into one of the Interactive Theorem Provers. The first step in the DeepAlgebra program is to build a dictionary (syntactic parser with Types/variables) and then test it on the Stacks Project. This way we would build an “ontology” of algebraic geometry. If that works out, we can verify, modify and test it on arXiv (Algebraic Geometry submissions). We will report on our progress in automated reasoning in future texts.

This text was based on https://arxiv.org/abs/1610.01044
The author presented this material at AITP conference – http://aitp-conference.org/2017/