From the largest conference to a tiny-yet-significant project delivering an AI-powered role-playing game master, December delivered an interesting end to 2019.

The most important news in December was the NeurIPS conference, the most significant scientific event related to machine learning and neural networks.

Thanks to the Neural Information Processing Systems Conference, December is one of the most important months of the year for AI. The event draws together over 15,000 participants including scientists, researchers, business people and AI enthusiasts of all stripes. The 2019 event took place in Vancouver, BC from Sunday, December 8 to Saturday, December 14.

The conference is massive, with over a thousand papers accepted, multiple workshops addressing key trends and researchers from around the world exchanging knowledge and experiences.

Together with Volkswagen, deepsense.ai delivered a paper on training autonomous cars in a simulated environment and implementing the model in a real car. The research was a breakthrough and opens up interesting directions for further exploration. The paper was presented during a workshop at the conference.

NeurIPS is the largest scientific conference on machine learning and artificial intelligence, both cauldron and melting pot of new ideas and future directions for researchers and the industry as a whole.

Whether it’s reinforcement learning, demand forecasting done with the new heuristics or other ML-related solutions the market hasn’t heard of (yet), NeurIPS is where you’ll hear how ground is being broken.

With Dungeons and Dragons back in the game (pun intended), the institution of a game master (or, in this system, a Dungeon master) goes mainstream again. The phenomenon of modern role-playing pen-and-paper games is described in more detail in this New Yorker article.

For those unfamiliar with RPG nomenclature, a game master is the person who oversees the role-playing world, ultimately controlling everything apart from the players – the monsters, and non-player characters. In the pen-and-paper role-playing games, this role falls to one of the players (the “dungeon master”). In computer RPG, it’s all scripted by designers and delivered through the graphical environment. 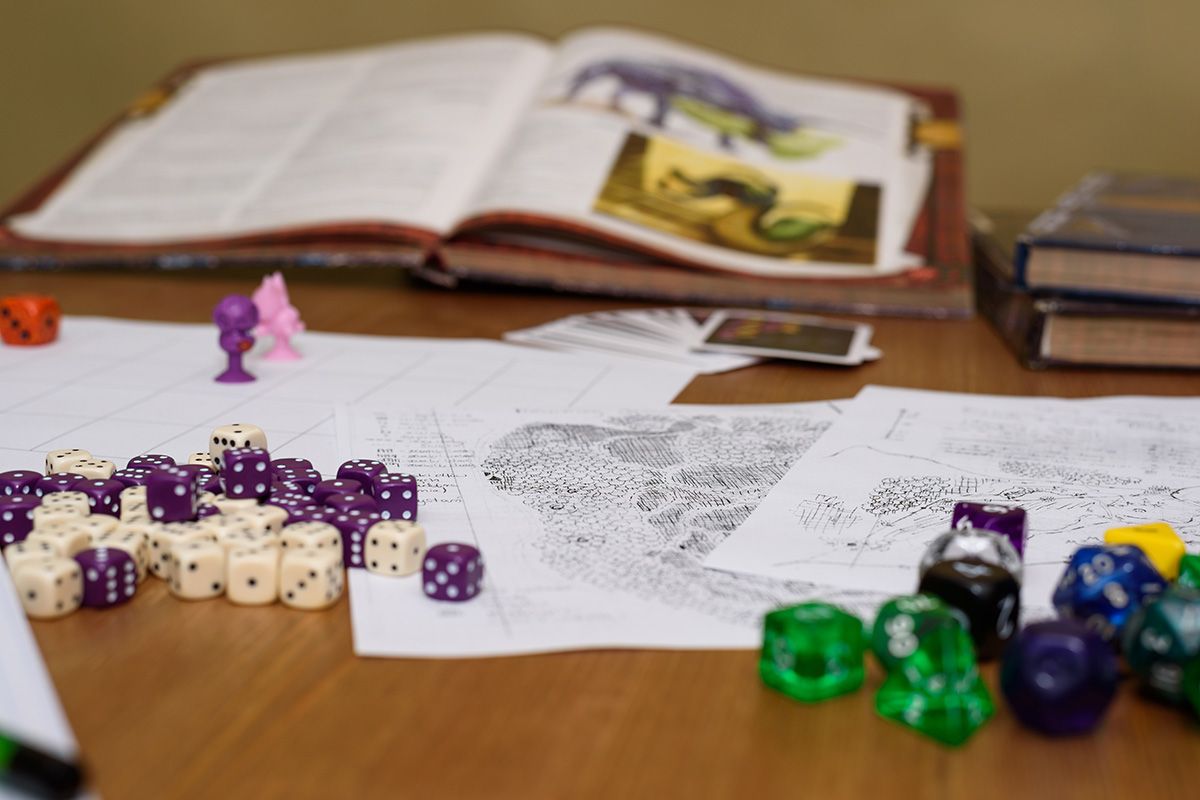 Until now, that is. The AI Dungeon is a text-based role-playing game with AI filling the shoes of game master. The player can do basically anything – from asking questions (what is that hut made of?) performing actions (attack the ork warband) to living out far-fetched fantasies (I transform into a dragon and try to eat the moon). And the AI needs to respond.

Run by game masters and populated by the spawn of players’ imagination, classic role-playing games are made up of words. It is close to literature, yet more interactive, with the integration and interaction between the person behind the curtain of the world. Apart from imagination, nothing is required to play the game. Until recently, two people were needed to strike up a game – a game master and a player. Now, an AI-based game master sits ready to be used on the cell phone in your pocket or the browser on your desktop.

The experience may for now still pale in comparison to what an experienced game master will unfold for you. But it’s early days, and the technology appears to be heading in the right direction.

The top minds in AI predict what’s ahead for 2020

AI changes in a way that is nearly impossible to predict. The technology delivers significant breakthroughs and inspiring news nearly every day. But the need to make the reality less chaotic and reason at least something about the future is deep high. So VentureBeat has gathered some of the top minds in AI to tell us what may come up and go down, if you will, in the coming year.

The predictions vary from highly technical thoughts on the popularity of particular frameworks and solutions to a much broader view of the general development of machine learning.

It is easy to get lost in the riddled and constantly changing world of modern machine learning. VentureBeat’s guide provides some insight and delivers comments from people from top-notch AI companies.

Armed with that knowledge, one can easier filter out the noise and analyze the important trends.